FIFA Arab Cup 2021 Awards: It was a momentous victory for Algeria, which had never before won the Arab cup. The match itself was a close one, with neither side managing to score a goal in the first 90 minutes. However, Algeria finally found the net in the 101st minute of the game, and they managed to hold the lead until the end of the match, thereby securing them their first-ever Arab cup. 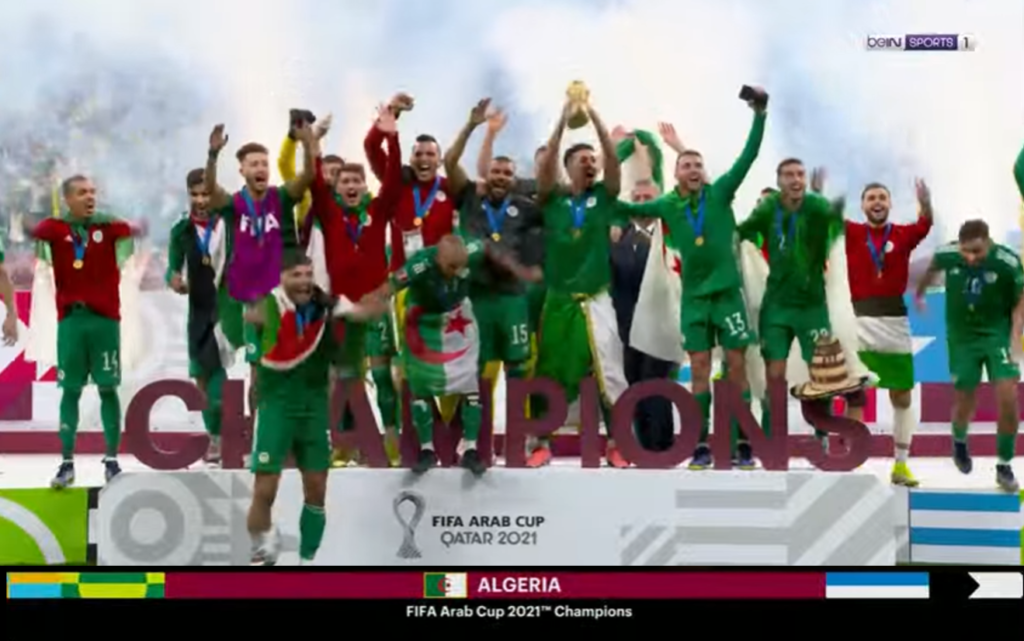 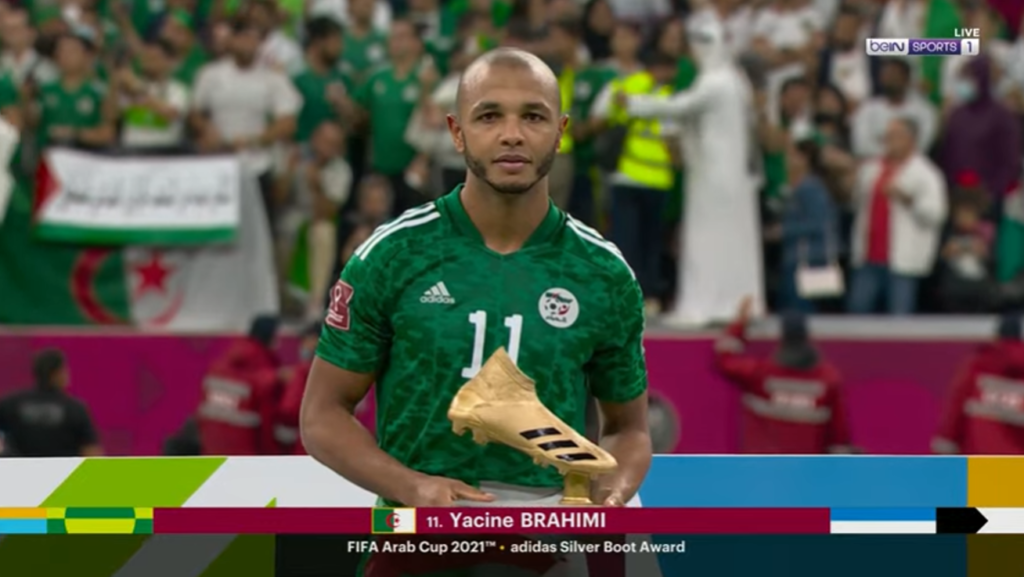 Yassine Brahimi came in second place thanks to scoring 3 goals and making a superior goal, collecting the silver ball.
Brahimi outperformed the trio of Qatar’s Al-Moez Ali, Jordan’s Yazan Al-Naimat, and Morocco’s Badr Banoun after he scored 3 goals.
Rais M’Bolhi won the Golden Glove award as the best goalkeeper in the tournament. 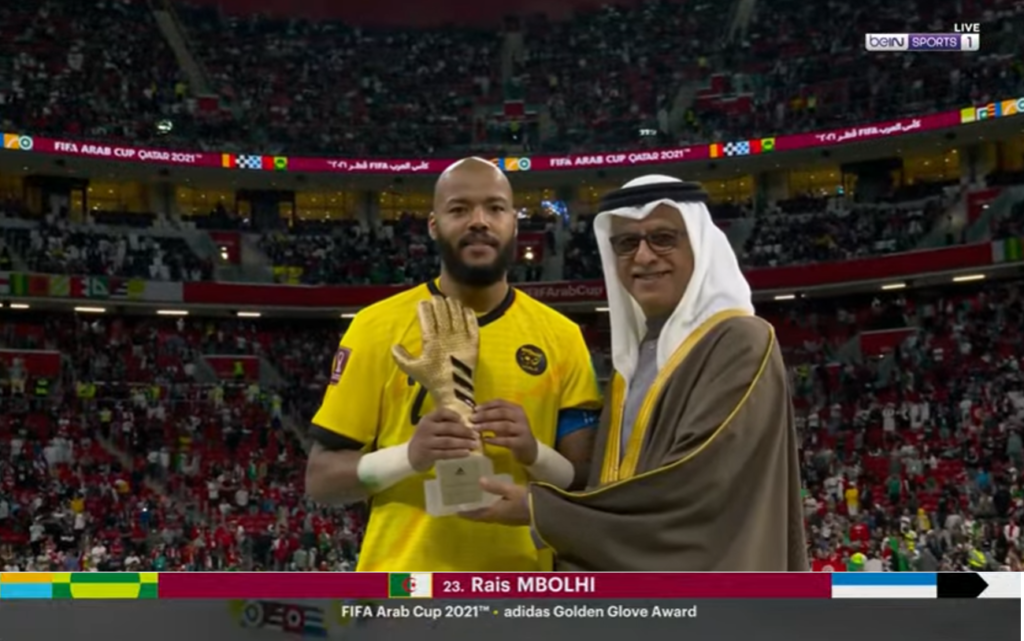 M’Bolhi kept a clean sheet in 3 out of 6 matches, and led his country to the crown, and conceded 4 goals from Egypt, Morocco (2), and Qatar. The best awards, Qatar striker Akram Afif won the Bronze Ball award as the third-best player in the tournament. 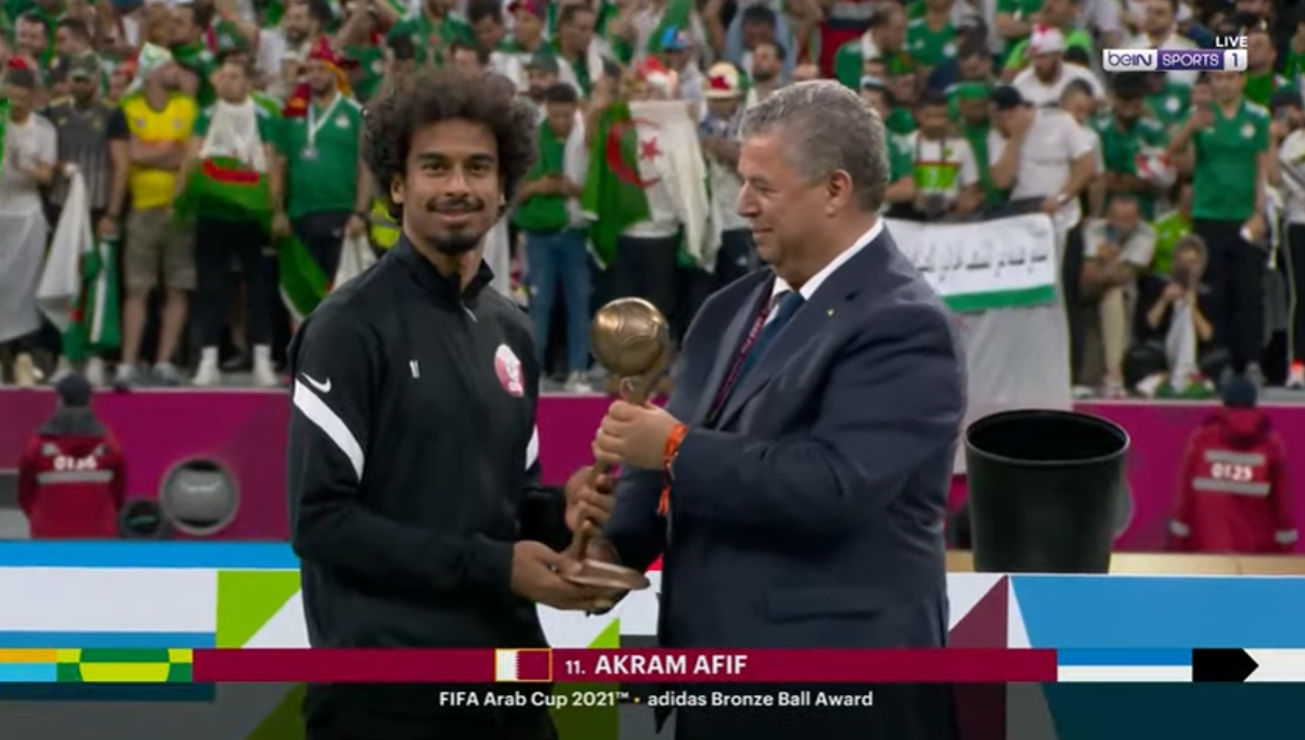 Afif is the one who scored the most goals in the current version with 4 goals and the most who contributed by scoring 6 goals (scored 2 and made 4).
Youssef Belaili won the Silver Ball award as the second-best player in the tournament after scoring a double and making a goal


And just as he was the last to touch the ball, he is the last to win individual awards. Yacine Brahimi won the Golden Ball award as the best player in the tournament. 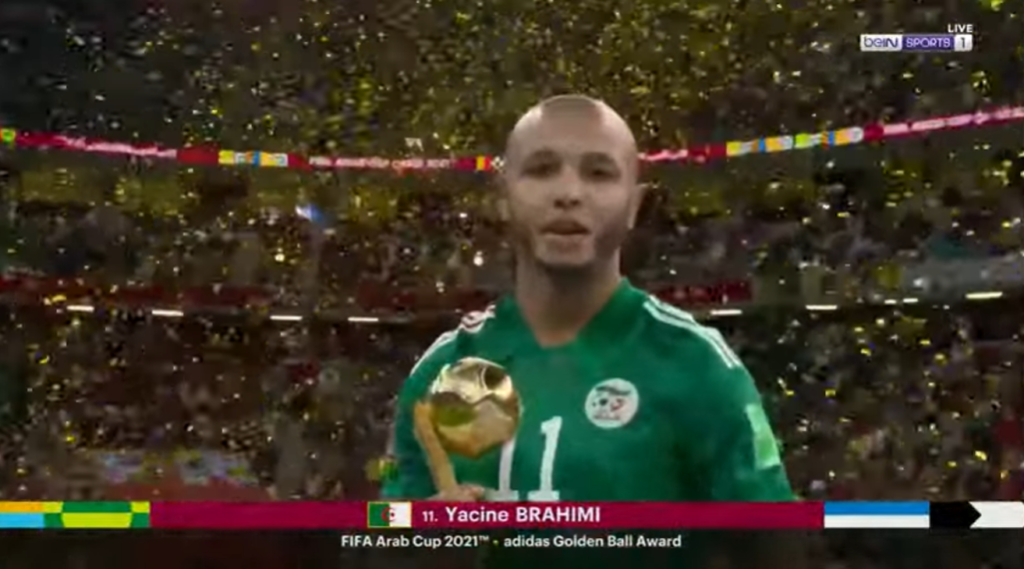