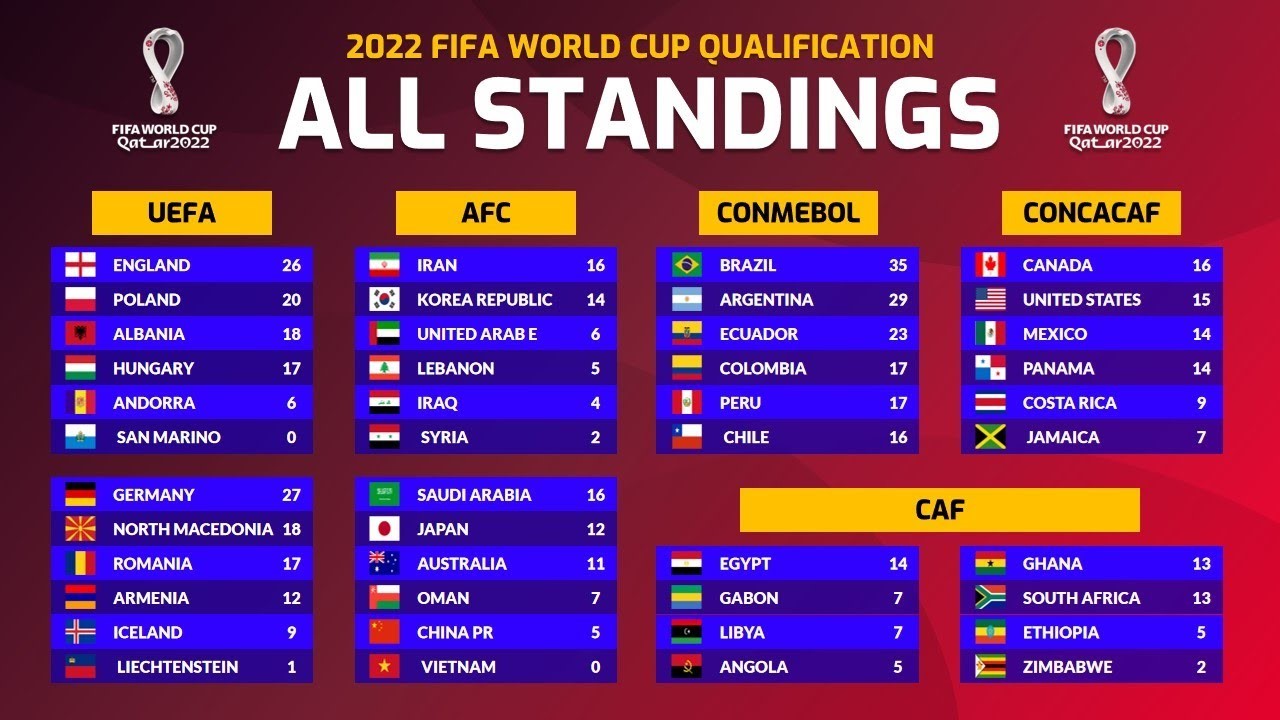 All confederations have spots with UEFA having 13, CAF getting five, AFC having four, and CONCACAF getting three. South America has four spots, Africa has five, Asia has four, and North America has three with one spot being for an inter-confederation play-off. Qatar has qualified for hosting. FIFA’s rules have been acknowledged by FIFA and are in effect.

Below is the full list of all concentration standings tables.