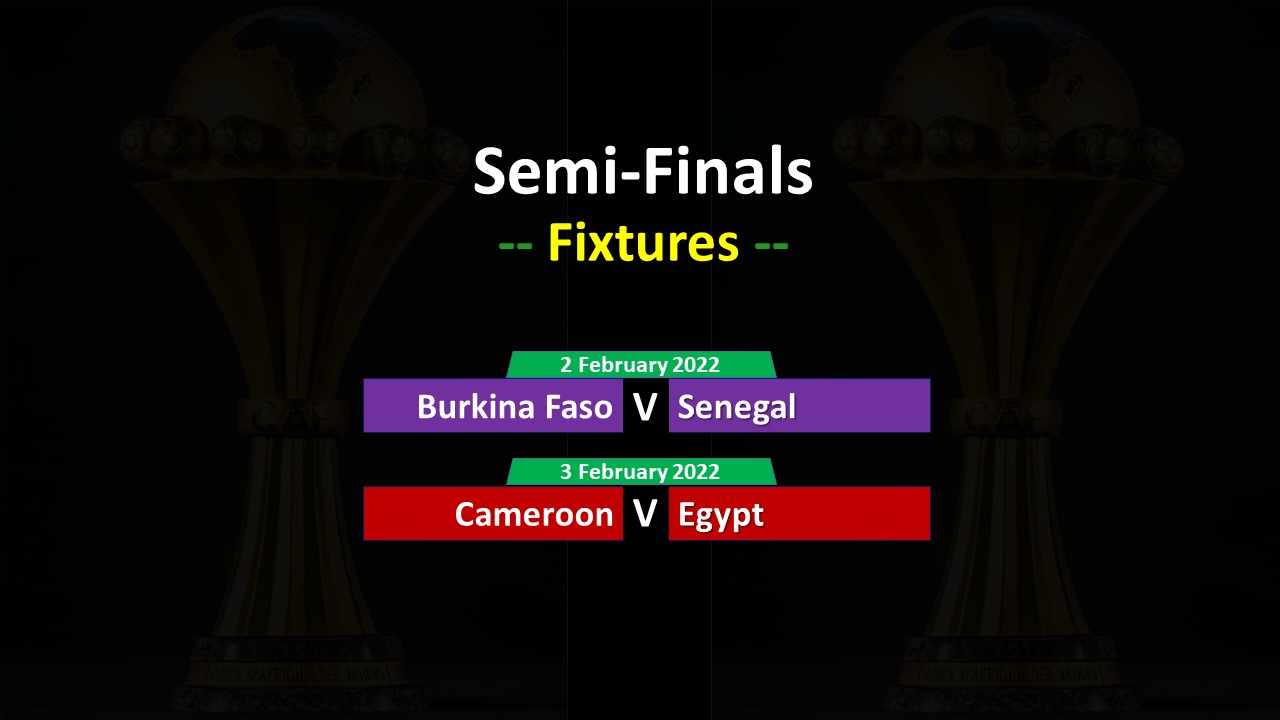 Afcon 2022 Semi-Finals Schedule: Africa Cup of Nations host Cameroon has been impressive all tournament and they made it through to the last four with a comfortable 2-0 win over the Gambia.

They will face Egypt, who has had to battle hard to knock out Ivory Coast and then Morocco in the knockout stages, but Mohamed Salah has a player who can settle tight matches with a moment of magic.

Cameroon will be looking to win the Afcon on their own soil while Egypt has a chance of winning back to back Afcons after winning the AFCON trophy back in 2010.

Note: following are the times and dates of the Semi-finals games (local time):

The AFCON will be aired on beIN Sports and in Spanish by beIN Sports en Espanol in the US and Canada.

Afcon will be aired on the free channel beIN Sports XTRA before being broadcast on TV. Afcon is also available on Cable or Satellite TV on beIN Sports and beIN Sports en Espanol.