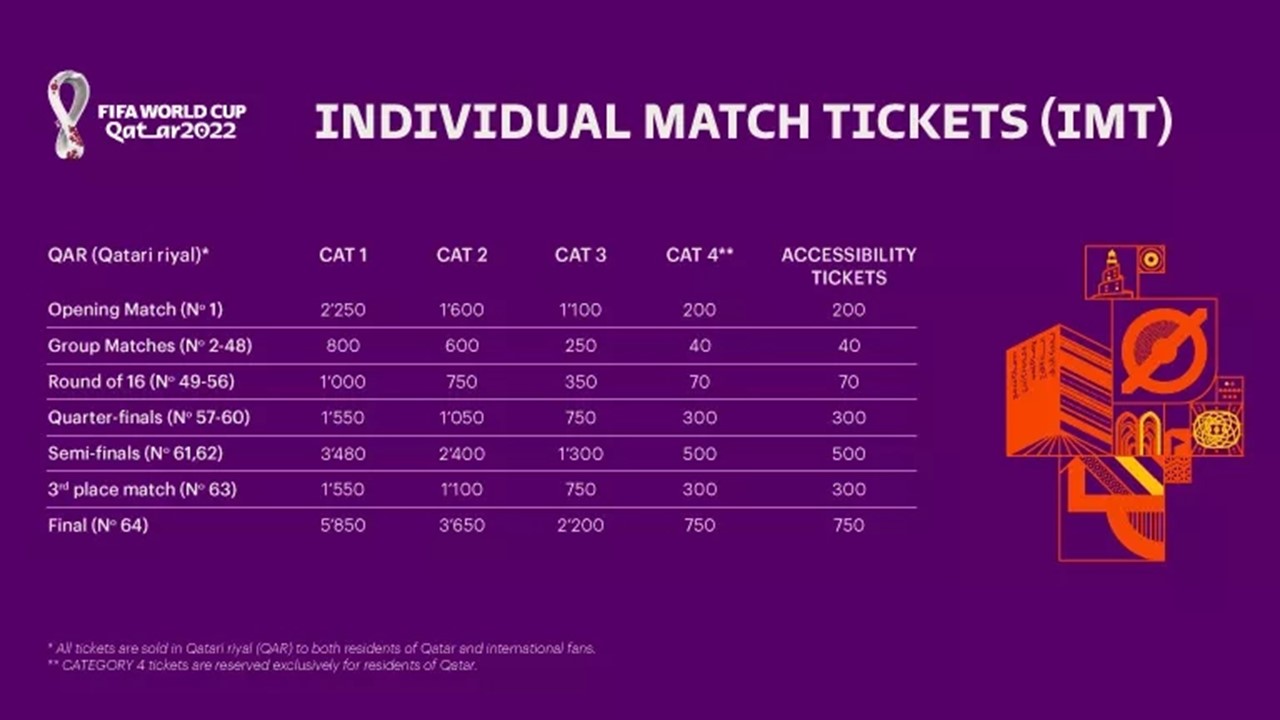 Qatar’s Local Organizing Committee (LOC) has proposed FIFA introduce a new pricing system for the tickets of Qatar World Cup 2022. As per this proposal, the prices of tickets will depend on the location and opponents in a match for which they have been purchased.

A delegation from Qatar visited FIFA headquarters in Zurich earlier this month to discuss the proposal on tickets with FIFA Officials.

It is expected that FIFA will confirm pricing for Qatar World Cup 2022 in October 2021. Both the fans and media are excited about this proposal, as, by the time of World Cup 2022, there will be a good rise in Qatar’s economy.